Located in Hackney Wick, Four Quarters East opened in Feb 2017. It boasts not only a fine selection of video games, but a lovely south-facing canal-side location, with a sun-drenched beer garden perfect for summer afternoons.

Now fully established and very popular with not only Here East’s tech workers and all manner of locals but also visitors from far and wide. Time Out awarded the venue 4 out of 5 stars and crowned it ‘Bar of the Week’, and many other overwhelmingly positive reviews have followed.

From Space Invaders and vintage Pacman, to classic Nintendo & Sony consoles it’s all about nostalgia. Not only have we gone all out on the gaming front, we also work with some of London’s most prestigious breweries. Guests can choose from an impressive collection of craft beers, alongside a roster of classy cocktails and an unfussy pizza menu. Bursting with colour and a neon tinge that seems to signpost every retro arcade game, Four Quarters draws London’s big kids to come out and play.

From Hackney Wick Station - Turn right, right and right down Wallis Road, across the footbridge, then we are 500m up the canal (away from the stadium direction) From Stratford: It's a fair walk, but there is a FREE shuttle bus from Stratford station (HERE EAST Bus from stop E or X), or you can get the 388. Please note there is no free parking in the area and the nearest multi-storey is at Westfield shopping centre (20 mins walk or 388 bus) 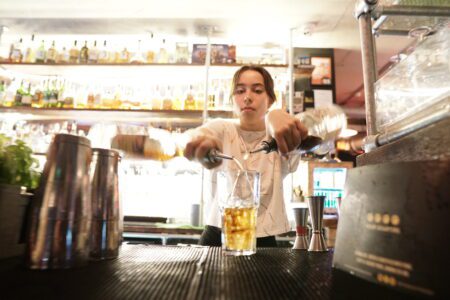 All Day Every Day! 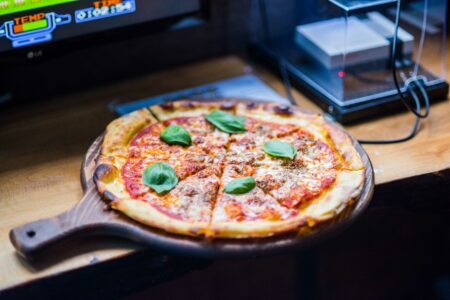 Beer and Pizza packages available, get in touch via the contact form!