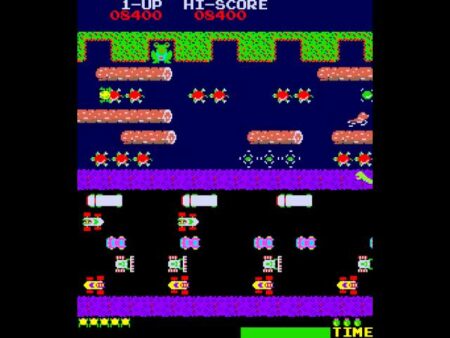 From 1981 this is one of our all-time favourite classic arcade titles. Developed by Konami and published by Sega, Frogger is a very simple, albeit challenging and frustrating game of getting your frog character safely across multiple lanes of traffic and hopping across logs floating in the river, to finally get to safety at one of the 5 ‘homes’ at the top of the screen.

With nothing but a 4-way directional joystick it all seems quite easy in theory, but not in practice. Look both ways before you cross! Damn, that log is actually an alligator! Oh no, those Lillie pads are sinking! Phew, safety on a log while your missus climbs upon your back. Get both of you to safety for extra points!

With each level that passes, speed increases, traffic on the street reaches Los Angeles levels, more enemies to avoid and more precision by yourself is required. The game idea has had such an impact over the years that even in today’s modern arcades there is ‘Crossy Road’, a game that has been described as “endless Frogger”, a sure sign that the game’s basic concept is still a hit today.

A Frogger arcade machine also features in one of the most famous episodes of 90’s comedy series ‘Seinfeld’. George Kostanza’s fictional ‘record’ hi-score of 860,630 actually stood unbeaten until 2010 when it was bested by Pat Lafayette, who holds the current record. 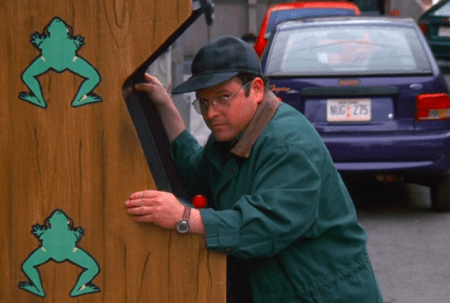